Posted in: Culture, Love and Sex 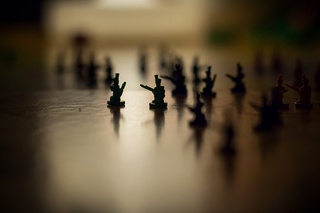 As outlined with appropriate outrage over at the Frisky Fairy, FetLife, the social networking website for kink and fetish enthusiasts, finds itself in a bit of a firestorm with its members over its complacency or ineptitude at protecting its users' privacy, insofar as such things are possible.

For the tech savvy, some douche-nozzle (yes, that's a technical term) noticed that the user identifiers on FetLife are sequential, that they seem to have no rate-limiting, and that an active user session enables you to view anybody's profile. He then wrote a simple bash script as a proof of concept, grep'ed for women between the ages of 20 to 29, and published a large chunk of their profile details on his website.

Rebecca's discussion and the ensuing commentary beg the question of how to view, calculate, and define risk and responsibility, particular among communities not of privilege - and how to do so without being overtly sexist against women or victim blaming.

The aforementioned douche-nozzle may insist that he picked the 20 to 29 year old female cohort randomly, but good sense, experience with the objectification of female sexuality, and the mere fact he entitled his work "the meatlist" strongly suggest otherwise. We might be tempted to engage in something akin to victim blaming when those included in the information dump express outrage and feel violated, because they knew they were willingly posting compromising information, photographs, and videos of themselves to the internet.

The vastly predominant culture schizophrenically covets, shames, and seeks to control the expression of female sexuality. Physical and psychological sexual violence in our culture is overwhelmingly targeted at women. At face value this "you should have expected this" response is simultaneously accurate and miserably sexist.

There is both the world we want to live in and the world that we live in now; they're two distinct and separate paradigms. To say "accurate" but downplay "miserably sexist" would be equivalent to condoning the world as we live in it now- where as a female, you must simply expect that any overt ownership of your sexuality will be subject to the cultural Madonna-whore complex psychopathy: ridicule and shaming on one hand, male lust and objectification on the other hand. To say merely "miserably sexist" and to dismiss "accurate" inhibits women living today from developing an effective risk calculus, exposing real women to real trauma for the sake of a principled stand.

Life is risk, a series of events and variables most of which we have zero control over. I have found that the happiest and most effective people I've encountered have mastered the art of determining what things the have any control over, how much control they have over them, and then focus their energies on planning for those outcomes they can actually influence. To do that requires an understanding and acceptance of the world as it operates today - even if the way that operates is horrendously unjust.

When advising those who have to navigate and survive the modern chaos, we do a disservice withholding practical advice based on historical likelihoods and an impartial analysis of the variables without our control. Considering the risks involved and making a choice need not imply endorsement of a unjust status quo.

When I host a party at my home for New Year's Eve, I strongly insist my guests stay the night - not because they're intoxicated or unable to drive home safely, but because it's a plain reality that other people on the road are intoxicated. Your odds of being in a car wreck are significantly higher, even if you're not at fault. This is entirely distinct from the question of, "Do we want to live in a world where there are times that it's simply unsafe to be driving home?" Staying off the roads on New Year's Eve and wanting to live in a world where drunk driving isn't so prevalent an occurrence are compatible feelings.

Feminists feel incredibly torn about giving young women practical advice to minimize their exposure to the risk of sexual assault. Some of that prevailing advice is in fact sound advice. For example, as the correlation between sexual assault and intoxication is unquestionably high, it is sound advice to give to young women to be conscious of their drinking in social situations. Also, entirely separate from that, we should not live in a world where a young woman is exposed to a prevailing culture of sexual violence that her intoxication levels are even a cause for concern in ways unique to her gender. But it's practical, sound advice and it's an awful, lamentable state of affairs I want to see rectified.

It also needs to be said that dispensing such advice is entirely about preventing real trauma and tragedy from befalling real people in the here and now. It's forward looking and preventative. That the advice was or wasn't offered, whether it was followed or not - neither case affects the retrospective assignment of fault when some form of violence occurs. The drunk driver is at fault, even if you chose to accept the risk of driving on New Year's Eve. The perpetrator of sexual assault is at fault, regardless of how intoxicated his or her victim may have been. But it's because of the "and" that these two can co-exist without condoning an injustice.

We should not live in a world where a douche-nozzle exposed thousands of women's ages, orientations, geographies, and aliases to the world. We should not live in a world where FetLife even needed to consider rate-limiting any particular user's activity on the site, because in a just world, a woman's sexual identity shouldn't be a controversial thing, and there should be no negative consequences for a woman in asserting ownership and enjoyment of her sexuality. But we don't live in that just world or in a culture that respects and encourages a woman's ability to own and define her sex life just as much as we do men.

At the same time, any person who engages in a presently-considered-to-be-controversial practice like kink or fetish - or really any person who publicly asserts his or her sexuality on the internet - that person is assuming a risk. The amount of risk is wholly a function of external realities, regardless of any reality we may desire to see. One's risk calculus - how much risk one is willing to shoulder, where, when, and how - should be equally a function of objective reality. And tragically in the world that's been handed to each of us, women endure every day risks greater than men.

I would advise every single woman in our present world to not lose sight of that fact when they make their own risk decisions. I strongly insist that the exposure that came from this FetLife leak is none of these women's fault, only this douche-nozzle's. And I will continue to work and advocate for a world in which there is no disparity in the risk women face, nor any shame in being an empowered, self-defined being. Calling out the problem like the Frisky Fairy did is a good step.

Thank you to Rebecca, Naphtali, and Belle for their constructive feedback on this post.