A thought on public transportation 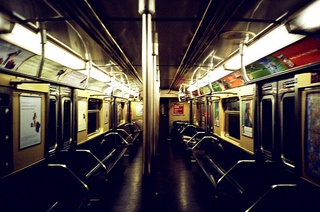 Over at The Atlantic's CityLab, they present a chart and some thoughts on a Brookings Institution analysis of losses-per-passenger in U.S. subway and metropolitan rail projects. Unsurprisingly, they all lose money. Surprisingly, some of them lose a lot of money. They note that the small, dense, center-of-the-city operations tend to fare better than those systems with tendrils stretching out into the suburbs.

It occurs to me this actually lessens the arguments for subsidizing metropolitan rail projects and fares.

On a macro scale, agglomeration—or the ability to pack lots of people into a small place—can be worth billions of dollars in economic growth. At a micro level, even in small urban areas, good transit helps companies attract a strong employee pool.

If this is true, it follows that the small, dense urban center with it's vibrant economy of options and convenient transportation, will quickly come to be inhabited solely by the affluent. Real estate prices and rents in that city center will continue to rise and drive out the lower-income people who can no longer afford to live there. Those people will move to the suburbs, serviced only by bus or the tendrils of the rail system. This is certainly true for New York, Boston, DC, San Francisco, and Chicago.

In Washington, DC, the bike-share system certainly fits this pattern.

But if the tendrils of a rail system are where it's least tenable and most costly, and if the poorer people who need subsidized transportation are not the ones using the system in the small, dense urban center, why are we subsidizing rail like this? Shouldn't the people whose commutes are entirely within the city center be paying full price?