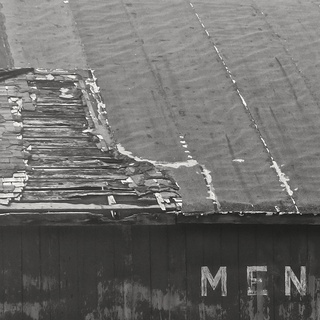 Gentlemen, we need to have a conversation about feminism, privilege, and ourselves.

I'm addressing this specifically to my fellow men, especially those who like me are white, straight, and cis-. While feminism needs male allies of my demographic, women and minorities don't need me taking space on the public stage, explaining feminism to them. So this is really to talk amongst ourselves. And I mean it - let's talk. I'd love to hear your feedback or questions.

Have you ever seen the movie Pleasantville? Tobey Maguire plays a socially awkward teenager who idealizes the world of a 1950's eponymous television show. Reese Witherspoon plays his sister, far more of a "cool kid" and sexually motivated than he is. The two of them are magically transported into the world of Pleasantville, as the children in the Leave It To Beaver style idyllic family unit. As Reese Witherspoon's character begins introducing her passion and independent thinking to Pleasantville, it becomes infectious, and the black-and-white world begins to turn to color as existing social-norms are questioned, challenged, and overturned.

I'm talking about the film because there's this one really pivotal scene that I think encompasses allegory to where we are today. George, the paterfamilias, returns home from work in the evening and yells his trademark, "Honey! I'm home!" expecting wife and children to flock to his side in greeting, honoring the protector/provider returning to his castle. But the house is empty. Nobody responds. George looks confused, and tries the ritual again - "Honey! I'm home!" Nothing but ominously timed thunder and lightning. He wanders into the kitchen, confusedly asking, "Where's my dinner?" He checks the oven - nothing. He checks a pot on the burner - nothing. No family. No dinner. Nothing.

George wanders through the pouring rain to arrive soaked at the bowling alley where his fellow men are gathered for league play and recounts to their horror the scene:

George and his fellow bowlers are us. We're privileged - the world has been constructed in a way where the world bends around us. We don't face institutional or social obstacles to our success the way others might. What privilege does not mean is that we haven't worked hard for what we've earned, that we don't deserve our success, or that we're bad or oppressive people. I mean, George isn't a bad guy. He doesn't want to hurt anybody. He just wants his dinner. He took the world as it was given to him and simply never questioned why or if it should be the way it was.

One's own privilege can be extraordinarily difficult to see, especially for people like George and us, because, since privilege is the absence of impediments to success, it requires us to know what we're missing when we've never had it. We don't even know to look for it or how it might manifest. But it's impossible to miss once you've seen it.

From even before puberty, women are objectified. Parents care far more about their daughters' attractiveness and their sons' intelligence. Once puberty sets in, women face tremendous cultural pressure against owning their own sexuality, from schools shaming girls for their choice of dress to peer shaming for sexual activity. Professionally, women are discouraged from asserting themselves in the workplace and objectified by their peers and superiors.

And if you like me are white and/or from a reasonably well off family, it's worth noting that racial and socioeconomic biases are likewise potent and unmistakable. Take interactions with government and police. We're less likely to get pulled over and searched, to get arrested, to be incarcerated, or to be summarily executed by the police, or if the police do happen to mistreat us white people, our complaints get taken seriously. It's also harder to get your foot in the door to get a job, simply if the resumé reader assumes you're black.

These are complications and stresses we white, straight, cis- males simply just don't ever have to deal with. And they do. All day, every day, from the day they're born. Seriously, try to imagine that. Every cop looking at you like you're a criminal. Every guy eyeball-fucking you like you're merely the vessel for pleasurable orifices. Imagine how the little pin pricks can just add up over a lifetime, like how it's harder to book an AirBnB if you're black. It sounds like a stupid little thing, but the hurt and slight adds up and compounds with interest.

The goal of dismantling privilege isn't to punish or lower us, to take anything away from us, or to stifle or limit us. It's not our fault just like it's not George's fault. The goal is to create equality of opportunity where people who aren't white, straight, cis- males likewise get the same chance to succeed at life through education, hard work, and strong personal ethics.

When I first started understanding this privilege I had always enjoyed, I felt two things: guilt and something I'll call "privilege distress." The guilt passed. I know I worked hard to be where I'm at today, and I know I've earned the successes I've achieved. I get to, and understanding the privilege I enjoyed getting here doesn't mean otherwise. Privilege distress was much harder.

The world used to fit us like a glove. We benefitted from our privileged access to opportunities immeasurably, and now the world is changing. We find ourselves in unfamiliar conversations about unfamiliar concerns we're unsure how to feel about. Cultural appropriation? Trigger warnings? Microaggressions? These were never concerns of mine, but I was privileged enough to not have to care about them, to not be affected by them. But now there are times where we feel unsafe or even threatened. Our concerns used to take center stage without any competition, but now suddenly our needs and concerns have to compete with the previously ignored and invisible concerns of others.

As these changes happen around us, cultural changes emerge completely out of our control that feel entirely unfair. Online or public shaming has taken on a self-righteous ferocity that can destroy lives over opinions held or comments uttered. We're confronted with the hurt that others feel by our choices of words or our beliefs, from voices who were previously silent on such pain, and we're being urged to change our mannerisms, our language, and our behavior to accommodate them. It feels absurd, censorious, and punitive. A lot of it is, no doubt. The ridiculously extreme examples get so much professional and social media attention precisely because their ridiculousness soothes our distress. And it takes time to learn how to distinguish the reasonable requests of kindness from the ridiculously extreme.

Honestly, a lot of these changes feel discriminatory, and hypocritically so. It feels like we're getting discriminated against for being white or being male, like the discrimination they're decrying is precisely the discrimination they're applying to us now. Can't they just respect our opinions, our freedom of speech? But the reality is there's nothing mutual about that respect, and we can't simply "agreeing to disagree," because the basis of that disagreement is systemic, social obstacles that they face and we don't.

I get that distress. I get that pain and discomfort. It makes total sense. It's real, and anybody who cares about social justice and privilege really ought to validate and empathize with that pain and discomfort. Hell, it might be the most distressing systematic and cultural oppression we've ever felt or faced, and the most distressing thing is still the most distressing thing. But that we feel distressed doesn't make it okay that we've enjoyed freedom from systematic, cultural obstacles to our success in ways that women, people of color, and non-cis-hetero people haven't. And acknowledging and sympathizing with your distress doesn't mean that the dismantling of historical power structures is going to stop.

You can be a good man, you can earn everything you've got, and you can have succeeded via hard work and strong ethics, and still acknowledge that others don't enjoy the same opportunity. Being a better man means acknowledging that injustice and how we've benefitted disproportionately from it. I'm personally not comfortable shrugging my shoulders at being part of a system and a culture that perpetuates that injustice. What about you?