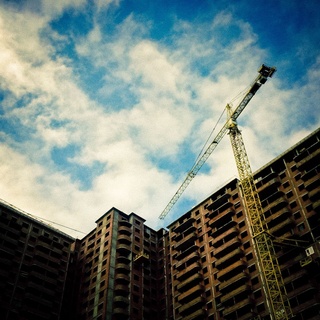 Consider Mac OS X and Windows. Mac OS X runs on a very limited subset of hardware. It has very limited customizability - as they joke, with Apple, you can have it in any color you want... as long as you want black. It's an entirely inflexible architecture, but what it does, it does really well. Windows has to run on every piece of hardware under the sun, as the PC hardware market is incredibly commoditized. It is extremely customizable and flexible, with exposed interfaces deep into the operating system. But it's at best a merely acceptable operating system. It lacks the elegance of Mac OS X. The same distinction can be made for iOS and Android.

I've been working at Red Hat for a little over six months now, and given that Red Hat acquired Ansible mere hours before I received the job offer, and that Ansible still operates pretty autonomously from its crimson haberdashed overlords, my interactions with Red Hat culture and product teams has been pretty limited, but I watch us struggle with this choice.

Django is a platform. By itself, Django actually doesn't do anything. But Django is a fantastic platform for building web apps on top of. And Django has been a successful platform precisely because it provides the scaffolding to do what you really want to do faster and easier than you could have on your own, no matter what kind of web application you want to write.

Red Hat's most successful software offering by far has been Red Hat Enterprise Linux. Revenue from subscriptions to RHEL continue to be the overwhelming majority of our income. RHEL is a platform. It by itself doesn't do anything particularly interesting. But using RHEL, you can do anything on top of it. Whatever application you want to write or run, in whatever language you want to write it in, on whatever cloud or iron you want to run it on, it's a solid foundation and effective vehicle to do it.

Ansible's entry into the Red Hat ecosystem has been so disruptive because it's a platform and a vehicle to automate all the things. It's agnostic as to whether you're running on Windows or Linux or Solaris. It doesn't care if you're in AWS, Azure, Google Cloud, Rackspace, or running bare metal. It has no opinions about Kubernetes or Docker. It just works with everything.

Look back at my little graph above. Note the overlap between the red and the blue boxes. Building each one of those boxes is an investment of human labor and time to create, and the overlap is wasteful repetition of software development effort companies like Red Hat can avoid. Mac OS X didn't have to build its own underlying operating system - it borrowed from the Mach and BSD platforms that were already out there.

What will continue to fuel the success of companies like Red Hat will be focusing development efforts on building the platforms out laterally and the products out vertically - ensure platforms continue to cover more use cases and ensure products continue to do their limited aims better. If you take the red box and stack it on top of the blue one, the same amount of labor generates that result.